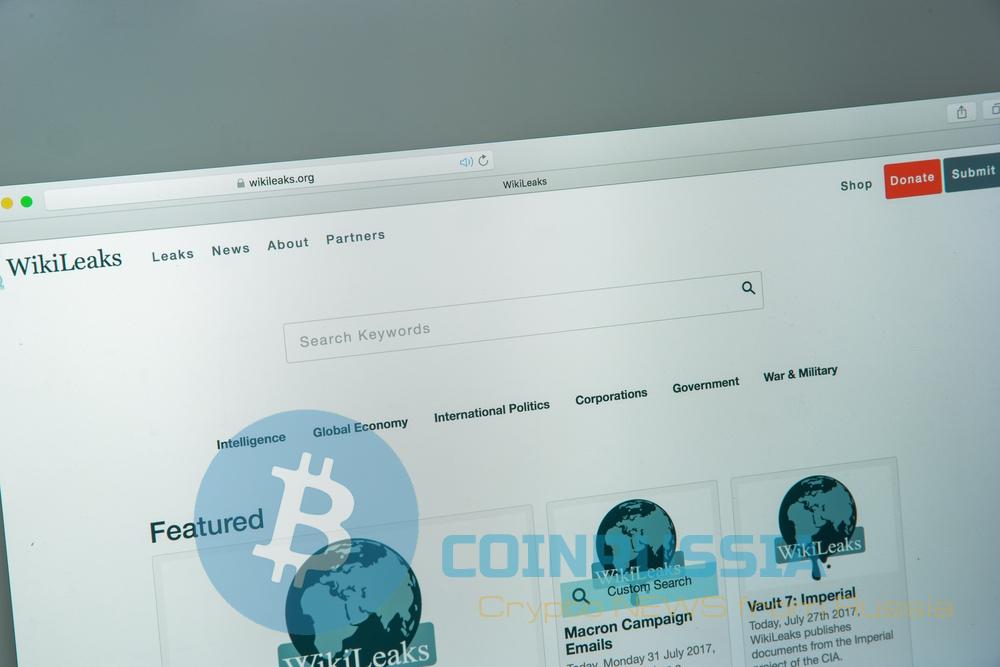 WikiLeaks Shop, the online shop known organization that publishes secret documents, reported the lock to their account on the exchange Coinbase.

American cryptocurrency exchange Coinbase in overnight deprived of WikiLeaks Shop of the ability to Transact on its platform. According to the online edition of Gateway Pundit, who turned to WikiLeaks for comment, such a move came as a surprise to the company, which is still not received from employees Coinbase no explanation.

“We asked them why many times, called them many times,” – said in WikiLeaks.

However, all employees of the company got in return is a letter, the contents of which sheds light on the cause of the incident.

“Hello! Thank you for Your interest in Coinbase. Our main goal is to make digital currency safe and secure for our customers. Coinbase is a regulated utility, providing non-Bank financial services and working under the supervision of FinCEN (approx. Financial Crimes Enforcement Network division of the U.S. Treasury Department for combating financial crimes), and as efforts to achieve this goal, we are required by law to have mechanisms in place that comply with the requirements of the regulators,” the letter says Coinbase.

Citing the fact that “after careful consideration” staff exchange came to the conclusion that WikiLeaks is violating the terms of service Coinbase, carrying out some “forbidden” action exchange “with regret, was” compelled to announce the suspension of access to the service. WikiLeaks was encouraged to send funds remaining on the balance sheet, the “external address”, following the instructions.

Noting that the decision was “suspended” a number of factors, representatives of Coinbase said that it is not able to provide more details and I’m sorry to lose a client.

“Coinbase has blocked the official @WikiLeaks shop with their platform without notice or explanation. You can continue to make donations in bitcoin to WikiLeaks WikiLeaks.org/donate” – wrote the members of WikiLeaks on Twitter, adding the hashtag #ReconnectJulian.

As you know, the Embassy of Ecuador in London where WikiLeaks founder Julian Assange (Julian Assange) lives as a refugee in March, has blocked his Internet access.

It should be noted that the store WikiLeaks also supports payments in Litecoin, zcash for, Monero and Ethereum using the service CoinPayments.net.

However, according to Gateway Pundit, WikiLeaks Shop was blocked for accepting cryptocurrency payments in March, around the same time when Assange cut off access to the world wide web.

“This is a threat of WikiLeaks, a similar thing happened a few years ago, when PayPal and MasterCard imposed a blockade”, — said the employee of WikiLeaks, the publication of Gateway Pundit.

Subsequently, the situation took a curious turn: Julian Assange thanked the us government, which forced the company to turn to digital currency, which brought her astronomical profits at the expense of growth of bitcoin.

It is obvious that such an organization as WikiLeaks will not be silent: for the moment, she calls for a “global blockade” Coinbase.

“WikiLeaks will call for a global blockade Coinbase next week as unworthy of a member of the crypto community. Coinbase, a major California-based bitcoin processor, reacting to the latent effect is blocked completely harmless @WikiLeaksShop according to the decision approved by the leadership,” reads another tweet from the company.

It should be noted, followers of WikiLeaks Shop quickly came to the defense of the company, stating that in response they boycott Coinbase.

We will remind, WikiLeaks, founded by Assange in 2006, publishes secret information received from anonymous sources or the leakage of data, working on the basis of donations. WikiLeaks Shop you can buy merchandise of the company — t-shirts, sweatshirts or a famous poster in the whistle blowing of Edward Snowden. Recently the site was also submitted to WikiLeaks-kittens for CryptoKitties.