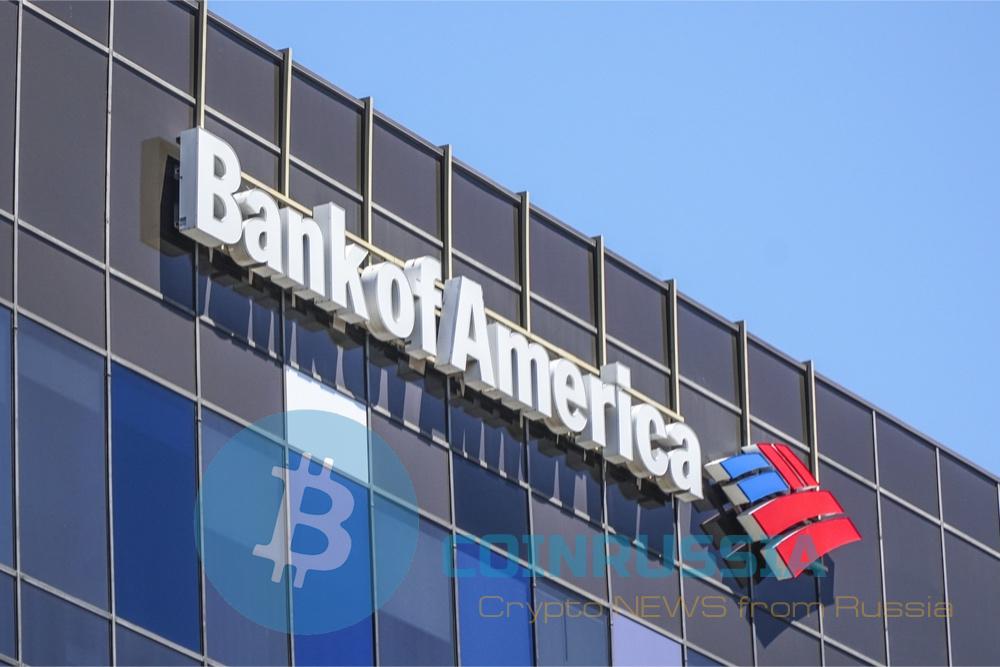 A team of researchers from Bank of America Merrill Lynch (BAML) says that bitcoin is one of “the biggest bubble in asset prices in history.”

In a message posted Sunday, the team headed by chief investment strategist Michael Hartnett (Michael Hartnett) has gone so far as to classify the current market, which in 2017 faced a 60 percent correction, like a bubble already starting to burst.

The Bank has published a chart comparing bitcoin famous financial manias: the Mississippi company and South sea company became history in the eighteenth century, and with gold, the U.S. stock market in 1929 and the Dutch “Tulip fever” in 1637. 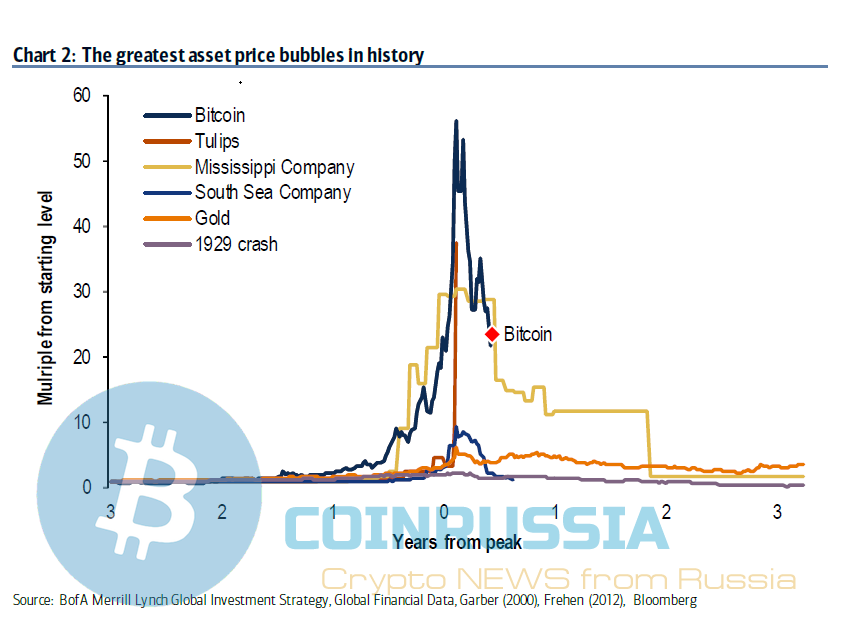 The published schedule shows that the bitcoin bubble has the highest increase in asset prices with a significant margin. At its peak the bitcoin price was almost 60 times higher than three years ago. According to the researchers, the price of tulips in Holland in the same peak increased by only 40 times.

Published diagram shows the graph of growth and the impact of famous historical bubbles —after the price collapse, they remained at the new, lower levels.

However, while bitcoin is not faced with a similar outcome. Moreover, the recent bitcoin bubble is the greatest bubble in world history or even in the history of cryptocurrency. Before the crash, the bitcoin price had already soared to 120 times in 2010 and 2011, to about $11. Its growth in 2013 and 2014 were more dramatic than the recent bull market.

The same reason it complicates the comparison of bitcoin and the stock market. For example, in August of 1929, the listings the new York stock exchange was worth more than $1 trillion, adjusted for inflation.

Note that Bank of America Merrill Lynch is not the first who compared the bitcoin bubble and the “Tulip fever”. So last autumn with a similar criticism was made by the General Director of the Bank JP Morgan Jamie Dimon (Jamie Diamon), and later agreed with him billionaire investor Warren Buffett (Warren Buffett).

It is worth noting that not all supporters of the “bubble theory” believe that it is bad. So Ethereum co-founder Joseph Lubin (Lubin Joseph) said that although it is a bubble, but it is useful for long-term development of technology.