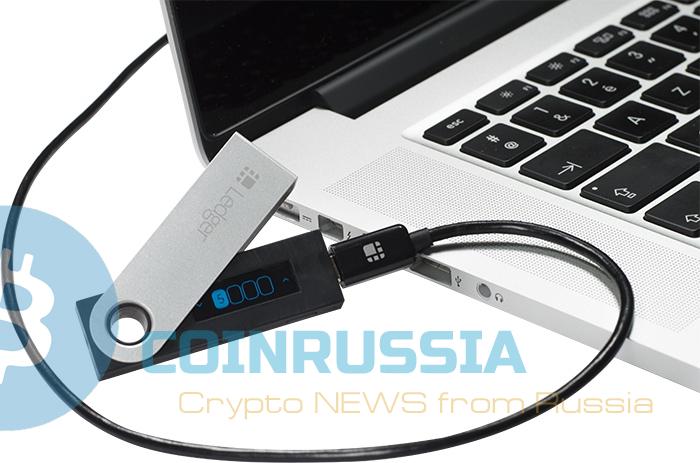 Manufacturer hardware cryptocurrency wallets Ledger signed a partnership agreement with the German crypto-startup Neufund, which should allow users to control the tokens that have received the status of securities through the desktop app.

According to a press release, the aim of cooperation “as a global leader in the field of storage scriptactive” with the blockchain and the platform crypto-fundraising Neufund will be to develop a mechanism for working with security tokens.

In a recently launched a desktop application for managing scriptactive Ledger Live, allegedly, “in the future” will be integrated token-standard ERC-20. The app will allow users to manage security tokens issued using a set of protocols Neufund.

“We are very pleased with today’s statement. It marks a new, important Chapter in integrating security tokens on the platform Ledger. We are happy that on this front we were joined by Neufund, the leader in tokenization and the issue of securities,” said CEO Eric Ledger Sarcevic (Eric Larcheveque).

The current partnership builds on the existing experience of cooperation, which was created a special edition of hardware wallets Ledger Nano S for investors with an additional level of protection.

“Providing investors with opportunities to manage their equity-tokens is based on the standard ERC-20 directly from the desktop app will transform our vision of how we interact with our scriptactive,” in turn, noted CEO Neufund Zoe Adamovich (Zoe Adamovicz).

In the course of work on creating a “stronger mechanism of control of the real assets on the blockchain”, the two companies will organize an outdoor “technical and legal” hackathon in Paris.

Earlier Neufund joined a team of cryptocurrency exchange BitBay to create solutions that allow investors to buy and sell equity-tokens using Fiat currency. Then it was reported that Neufund intends to be the first integrated platform for initial issue security tokens, specializing in working with equity-tokens, which is, in fact, shares.

Meanwhile, in late November, the Ledger announced the opening of an office in new York in the development of custody service for institutional clients Ledger Vault, allowing many members of a corporate entity like a hedge Fund to access the same wallet in cold storage.

In addition, in November it became known that the hardware wallets company Ledger will add support for token German IOTA IOTA Foundation.