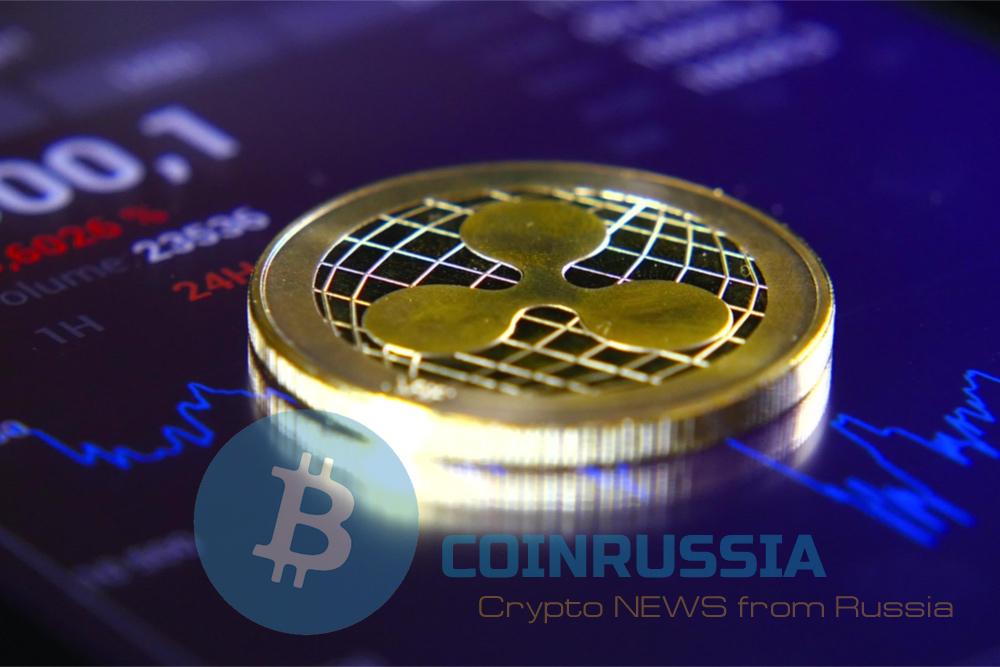 Brazilian startup Allvor release of the crypto tokens based on the blockchain is Ripple XRP. Representatives of the Ripple commented on the news rather frostily.

We will remind, a startup from San Francisco Ripple became widely known thanks to the creation of technologies based on the blockchain for the world’s largest financial companies. Creating ecosystem XRP Ledger, the developers of Ripple are trying to distance themselves from the cryptocurrency, preferring to develop relations with representatives of the traditional banking system.

This approach has led to the fact that the blockchain XRP, which is a registry of open source software, while not used as a platform for third-party companies.

As you know, ready-made solution for entrepreneurs who want to produce the cryptocurrency has become a distributed registry Ethereum. Recently, however, a significant number of organisations planning to issue tokens, they began to look for an alternative to the Ethereum blockchain.

So, for a small company Allvor dealing with optimization digital payments, the XRP registry is the most attractive option, by which the developers expect to develop your business. The developers emphasize that among the many reasons to choose registry XRP as the ideal basis for the creation of cryptocurrency tokens, the main argument is the rate. According to the team Allvor, best dream, however: the company has published a Whitepaper, more like an ode to technology Ripple.

“Register XRP developed by Ripple — the best and most effective technology distributed database of all that was created,” write the developers Allvor.

Curiously, in the company Ripple of enthusiasm Brazilian Allvor do not share. In their statements, the start-up representatives stressed that they cannot attempt to prevent the use of its technology by third-party companies, even the most exotic — the registry Ripple is an open, public database.

“The XRP registry — a registry of open source, decentralized platform, and people can create whatever you want, but Ripple is not interested in promoting or supporting projects based on the ICO register,” — said the press Secretary of the company.

Despite comments Ripple, the Brazilian company is actively working on the issue of tokens, called ALV, and create a platform from which the token can communicate. Given that the Allvor mission is to optimize e-Commerce systems, it needs technology that can do more than just make payments on transactions: you will need a system able to integrate with our logistics, consumer management and marketing.

“Ideally, if a merchant with a business of any size will be able to install software or a plugin that will allow payments to AVL in 10 minutes. Our task will be to develop software that will make such integration possible,” said co-founder Allvor Clayton Dominguez (Dr. Cleyton Domingues), who previously worked in the Ministry of economy of the country.

At the moment the company has investors and manages internal resources, and, despite the “cold shoulder” Ripple, remains unconvinced: the company’s management believes that the registry XRP itself offers a number of advantages.

For example, according to a Whitepaper Allvor, the technology of “hybrid payment gateways” (hybrid payment gateways, HPG) will allow the Brazilian start-up to create a truly global system the simplest way. Because users of the registry should establish a “helpline” people with which to make transactions, users will have more control over the cryptocurrency tokens that you receive.

Given that the Ripple system includes the acceptance of user obtaining a token, from 100 billion tokens ALV 5%, with the consent of the holders of XRP will be distributed among them in proportion to the number of XRP, which they had as of March 27.

At the same time, in the case of XRP investors can be very careful — we are talking about entering the market, which can be closed by only one decision of the regulator, in the case of recognition XRP securities.

Recall, despite the surge in popularity of cryptocurrency XRP, which now occupies the third position in terms of market capitalization, the representatives of the Ripple so far been unable to provide a listing of their token on the U.S. exchanges Coinbase and Gemini.

However, according to some experts, it does not matter. Such a view is held by an entrepreneur and the founder of the movement Bitcoin Black Friday Holmquist Jon (Jon Holmquist), who believes that the Ripple Protocol is designed as a kind of decentralized exchange that can work with all types of assets.

It is noteworthy that Holmquist was the first who produced tokens on the basis of the XRP registry. In June last year he spent the ICO, when it raised $1500 in tokens XRP however a month later decided to return the money to investors, not wanting to get into the field of view of the Commission on securities and exchange Commission (SEC), which recognized tokens DAO securities.

“I think many of the authors of the ICO are hesitant to be the first,” the businessman said.

According to Holmquist, it expects that the benefits of the blockchain to issue XRP tokens soon will appreciate the growing number of entrepreneurs, and the response Ripple at what is happening does not matter.