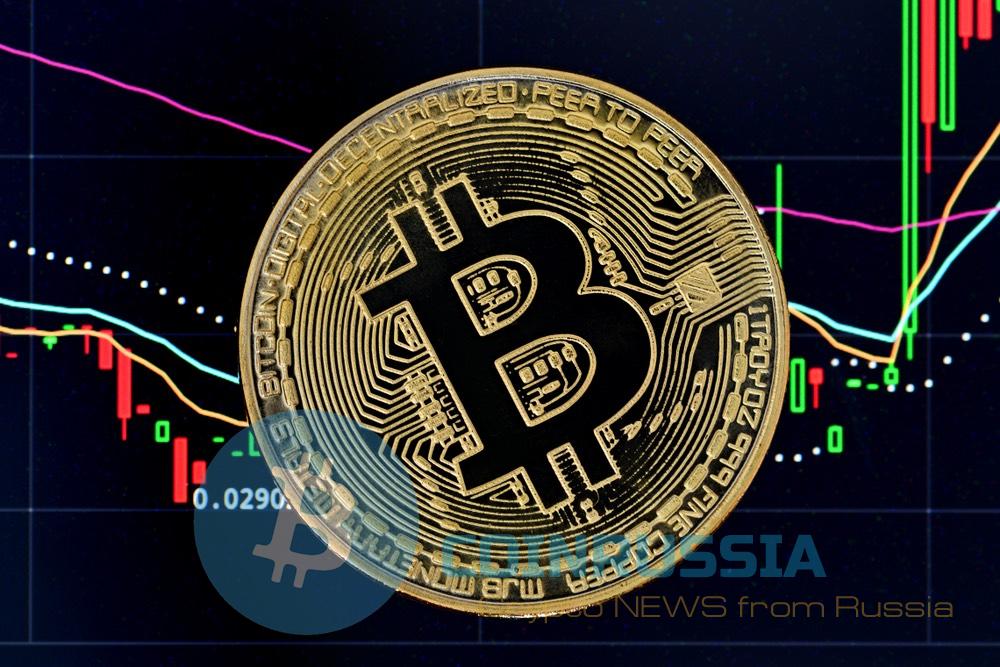 Experts from the cryptocurrency credit card company Unchained Capital has published the first part of their study, titled “Bitcoin Data Science: Hodl Waves”. The working group of co-founder of Bansal Dhruva (Dhruv Bansal) analyzed the registry of the unspent transaction insights (UTXO) register of BTC, and found that every time when bitcoin was partly lost their value, the transaction volume decreased due to new investors and HODLеров.

HODL is kind of a local meme bitcoin community and at the same time, the strategy of behavior in the market. Its meaning is that during the fall of BTC not to sell their assets, and hold them. Despite a mixed reputation HODLеров, Stephen Hopkins (Stephen Hopkins), COO and General Consul Medici Ventures, believes this is the best line of conduct in BTC trading.

Unchained Capital to visualize the obtained data in the form of zoned by color graphics that map the age structure of registers UTXO and their age structure, starting from the zero block chain.

“This schedule is just striking, as it displays macroscopic changes in the structure of ownership of BTC throughout its history. The peaks in the bottom of the graph in warm colors, indicating the lowest age group (<1 day 1 day 1 week 1 week — 1 month), indicate huge amounts of unexpected operations," the report reads Unchained Capital. "Region of stable growth at the top (age group 2-3 years, 3-5 years, >5 years) indicate the amount of bitcoins that are not included in the transaction and “rest” between periods of market recovery. The juxtaposition of these two zones describes the behavior of investors between market cycles BTC”. 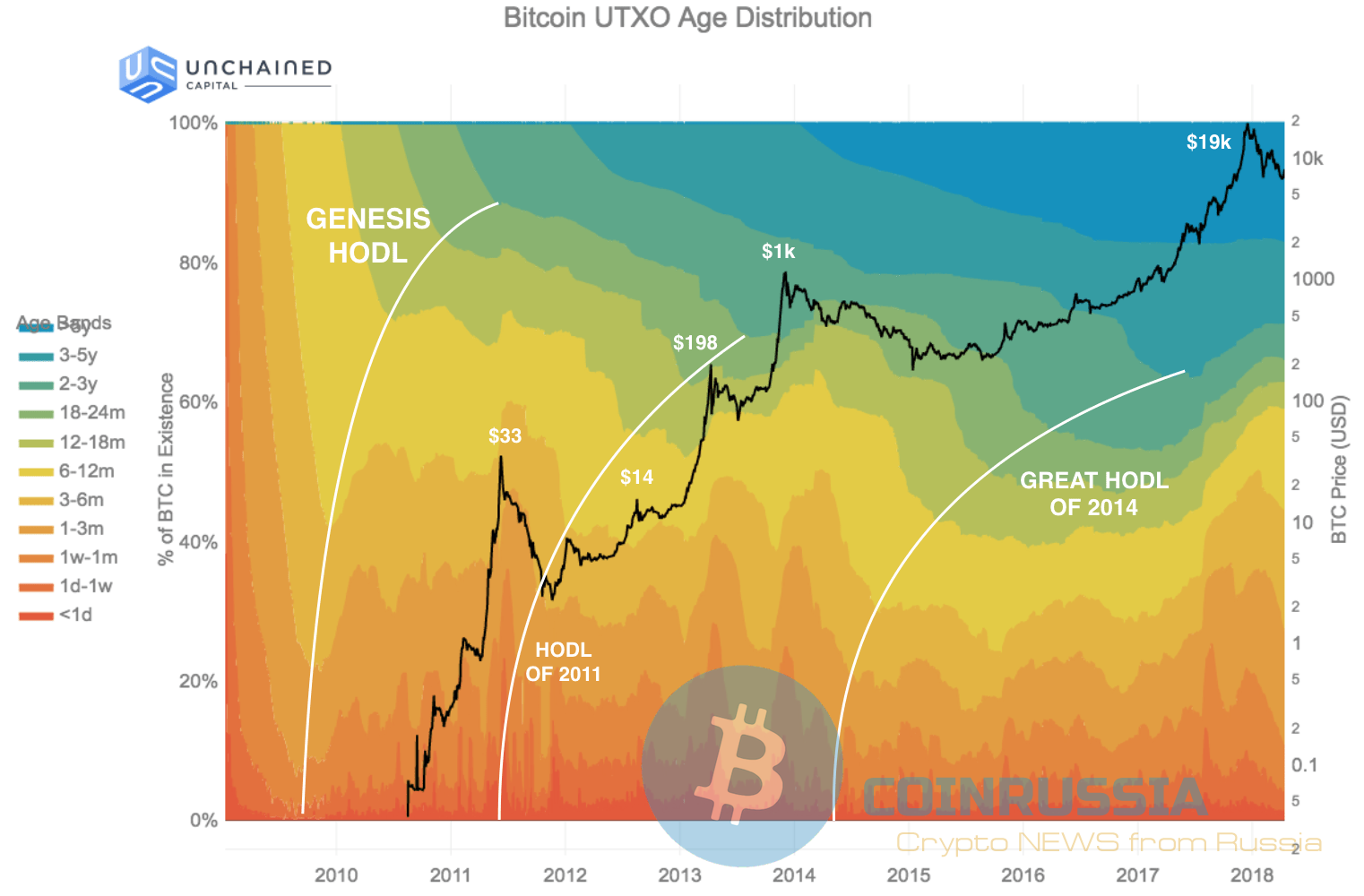 “It is impossible to make graphics like this for traditional assets. Only Bitcoin and other public blackany thoroughly documented data for the entire history of their existence. And it gives a chance to scientists to conduct subsequently, extensive studies of the behavior on the market”.

In fact, Bansal and colleagues found regular changes in the shares of the transaction after each recovery, which they called “HODL-waves”. Each wave is formed when the number of transactions when the price of bitcoin reaches a peak, after which UTXO start to “grow old” with the arrival of new traders. “Drawing nested curves formed by the growth rates of each age group after periods of recovery with significant displacement,” explains Unchained Capital.

From zero to the longest wave

HODL the first wave lasted from the creation of a zero block in January 2009 until June 2011, when the price of one bitcoin was located in the interval $us 0-33. Unchained Capital argues that this wave was not formed due to a recovery, but only because at that time BTC did not have a significant value. First investors and Satoshi was holding your cryptogamica because auction bitcoin did not make sense because of the low prices. 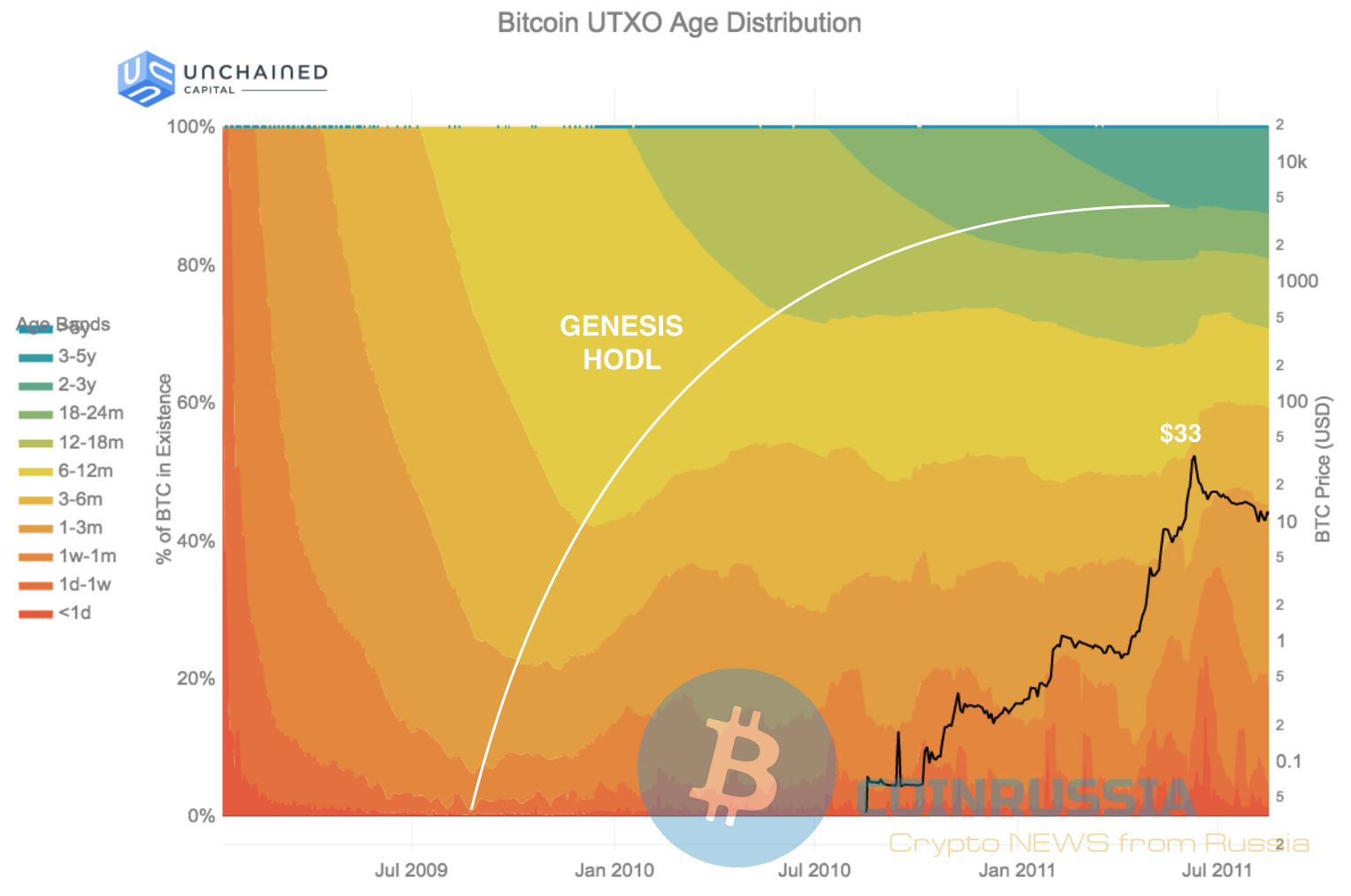 “Immediately after rising to $1,000 60% of BTC has been spent within 12 months. At that time it was the most “recent” jump in turnover in the history of BTC, which was preceded by the lowest level of use of bitcoin. Who sold? Investors who bought bitcoins two or three years earlier, during the peaks of $33 and $198″. 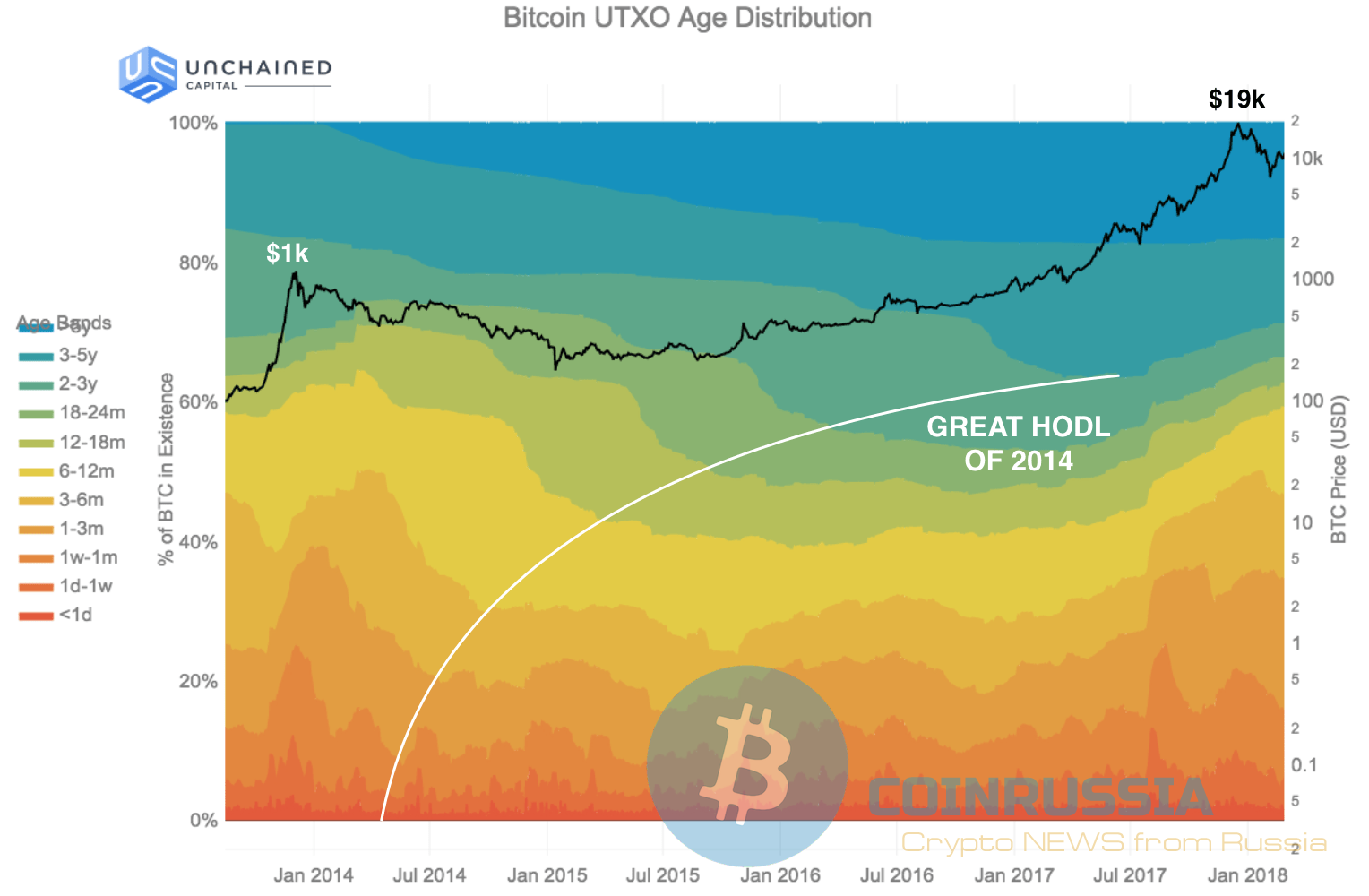 Then followed the longest “HODL-wave”, which lasted until the peak December 2017, when one bitcoin was worth $19 000. At the level of the $1000 life cycle, about 60% of BTC was more than 12 months, while in December 2017 the share of “old” assets decreased to 40%. “In 2017, 20% of existing BTC first entered in the coin base transaction.” According to the researchers, this occurred for three reasons: the forks of Bitcoin and Cash SegWit, multiple ICO and increased revenue Bitcoin.

Current wave, formed after the “kriptimi” retained indicators for age groups older than one year at 40%. “After each large-scale recovery comes equally extensive period HODL. Based on these data, we can conclude that there is a new generation HODLеров who would sit with his prey,” — writes in the conclusion of Bansal.

Bansal and his team also created an interactive timeline, allowing you to further explore each of the waves. The full study can be downloaded in the official company blog.