Specialists working in the research project, Elementus, examining the data in the blockchain Ethereum, came to the conclusion that the damage from hacking the NZ crypto currency exchange Cryptopia could be more than $16 million in Ethereum, and tokens of the standard ERC-20 (at the exchange rate on 19 Jan).

In General, this amount is 3 times larger than the initial proposed estimates and, as Elementus examined data in only one blockchain, does not take into account possible losses in bitcoin and other altonah. 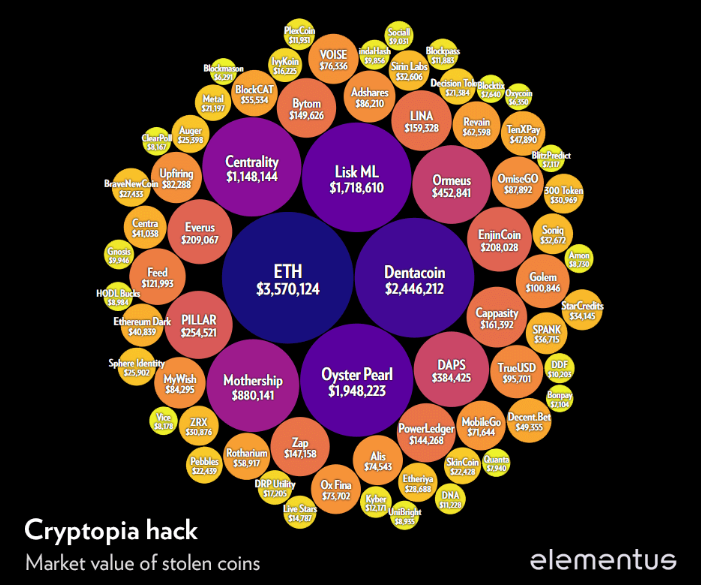 At Elementus found that the funds began to appear from two main hot cryptocell exchange on January 13, and then the attackers proceeded to the devastation of more than 76 thousand cryptocell smaller. January 14, Cryptopia stopped work the next day reported the problem, and by 17 January, the attackers withdrew from the site of last resort. 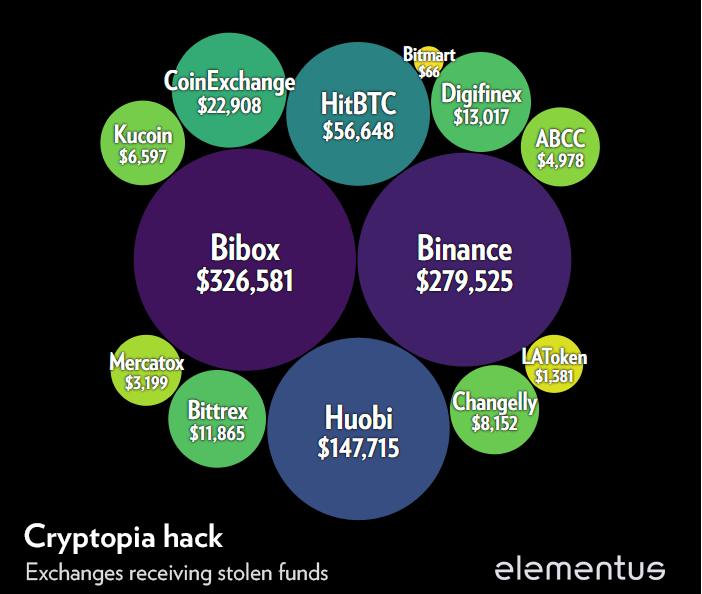 Elementus experts emphasize that this hack is unique. First, hackers gained access to several, and more than 76 thousands of non-smart contracts cryptocotylar and private keys of their owners. Secondly, the attack lasted four days after she was known to the employees of Cryptopia. At Elementus suggest that, perhaps, private keys of users of the crypto currency exchange had remained at the same server and had no backups – that is, the attackers can download them and delete from the server, leaving Cryptopia chance to influence the situation.

At the moment, according to analysts Elementus, are at risk of 1948 cryptocell users Cryptopia 380 ETH (about $46 thousand) on them posted after the attack. Because the crypto currency exchange has estimated the damage at $3.5 million, it is possible that part of the funds were stored in cold cryptocotylar or other custodian service.

We will remind, representatives of Cryptopia January 15, said that on the eve of their platform the violation occurred in the security system, “which led to significant losses”. The New Zealand police began their investigation of the hack, put in priority the return of stolen customer funds.